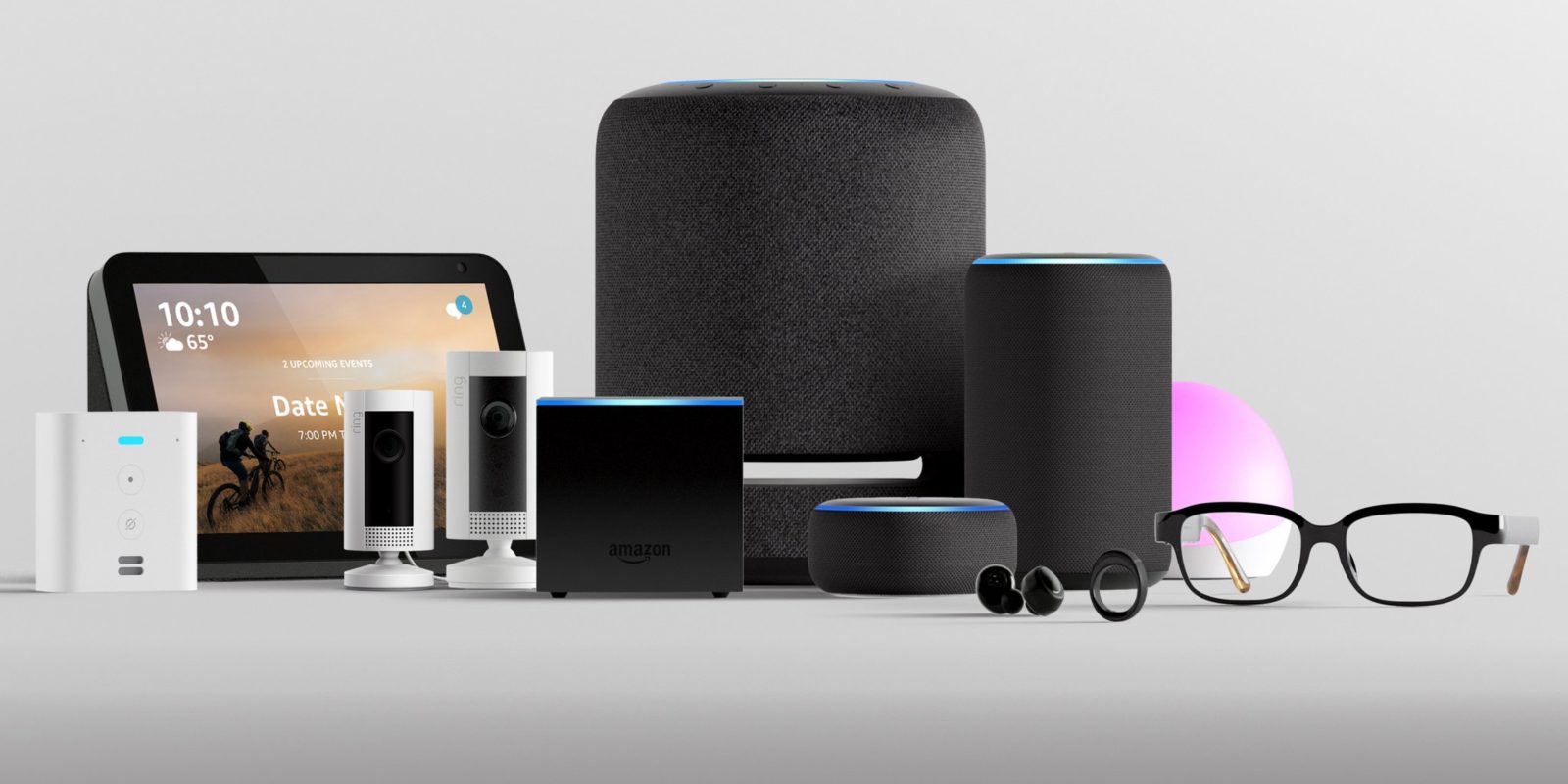 Update: All of today’s new products are now available for pre-order at Amazon.

Amazon has taken the stage in Seattle today to unveil a host of new hardware and services. While rumors have been swirling as to what the online giant had up its sleeve today, we now officially know that new Echo speakers, home security accessories and more are on the way. Hit the jump to find out everything that Amazon announced today.

Following the unveiling of Amazon Music HD earlier this month, it seemed inevitable that a fresh batch of speakers was on the way. Amazon has officially announced a new generation of Echo speakers to fit every budget with a focus on the high-end.

The event started with a heavy focus on privacy, and the steps that Amazon is taking to improve this concern of shoppers. Echo Show 5 offered a physical shutter button, and now Amazon is rolling out “home mode” that allows customers to control audio and video recordings, limiting them when you’re around. Saying “Alexa, tell me what you heard” or “tell me why you did that” will now cause your speaker to relay information it retained, to soothe those privacy concerns. Voice recordings will now also automatically delete after some time. These features will be available later today.

Amongst the new hardware is Echo Dot with Clock which features a built-in display and clock. It will retail for $59.99 while the previous generation model will stick around for the time being. This is the first Echo Dot to feature a built-in display, albeit limited to a clock at this time. Alongside this new speaker is the announcement that Amazon will be introducing celebrity voices for its Alexa products, with an additional fee.

Amazon is also bringing forth a new Echo speaker for $99.99. It will pre-order today with a simple cloth-wrapped design, improved speaker hardware, and more. Much of what we see here comes from the higher-end Echo Plus but no mention of a ZigBee hub at this time. 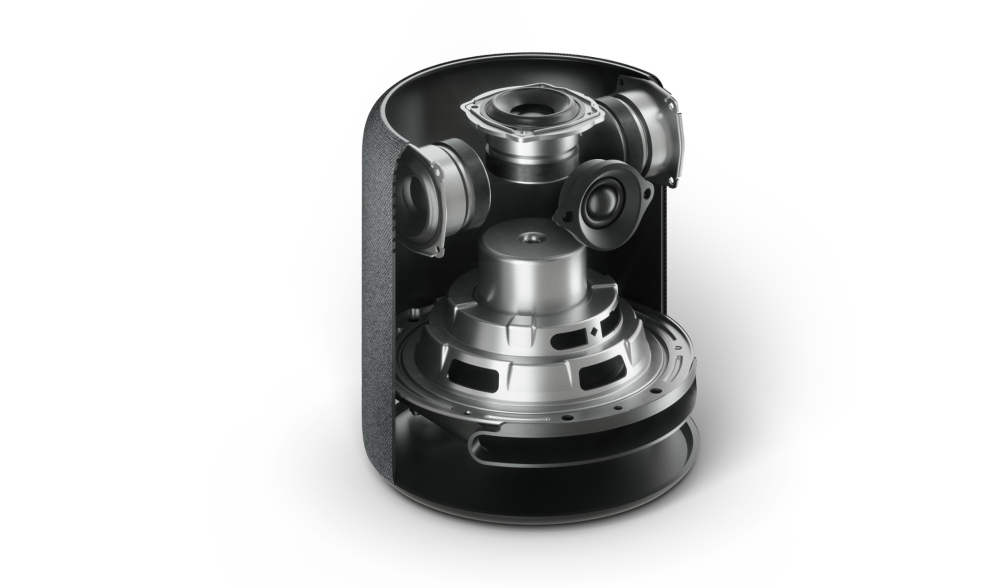 Echo Studio is a new entry into Amazon’s line of Alexa-enabled speakers. A direct HomePod competitor, it offers directional tweeters and 5.25-inch bass drivers. It looks like a blend between HomePod and Echo Sub, providing support for Dolby Atmos and 360-degree audio.

Echo Studio includes left, right and top mid-range speakers that create directional sound, a directional tweeter for great, high end performance and a built-in 5.25-inch bass driver coupled with a bass port to give you the best bass response we knew how to deliver. This coupled with a format like Dolby Atmos, the sound is truly immersive.

Echo Studio is available today for pre-order from $199.99.

Echo Show 8 is a follow-up to the smaller Show 5 which was announced earlier this year. Many of the features are the same, but with a larger square screen which offers HD resolution and is, you guessed it, eight-inches in size. At $129, it’s available for pre-order today and ships by the holidays. Amazon now offers three different-sized Echo display-enabled devices with a footprint for every preference. Amazon FreeTime will also be coming to Echo Show for the first time, previously only available on Fire Tablets. Learn more about this service here.

The sixth announcement of today’s event is Echo Glow, a $29.99 smart lamp which is oddly reminiscent of Hue Go. At the $30 price tag, it’s sure to be a reliable seller and will drop even further at the holidays. It didn’t get much love today, but expect this to be a popular product later on.

Echo Flex is yet another entry into the Alexa lineup as a small speaker that plugs directly in your wall out. It offers a tiny built-in speaker, two buttons, and USB ports so you can charge stuff. Amazon is genuinely looking to put Alexa everywhere in your home with its new Echo hardware. Retails for $24.99 and is available for pre-order today.

After being leaked ahead of time, Amazon has now officially released Echo Buds. With a promise of “really great sound,” Echo Buds offer five hours of battery life or up to 20 hours with the included charging case. It’s a natural competitor for AirPods for those thoroughly ingrained in Amazon’s Alexa environment. Consists of a partnership with Bose for noise reduction. Touch controls bring up native voice assistants like Siri or Google Assistant. Pre-order today for $129.

Amazon is now introducing Echo Frames, a new entry of hardware for the brand. Echo Frames brings Alexa and directional microphones to your eyes and ears in a similar vein to Bose Frames. Weigh just 31 games and are available with prescriptions as well if needed. Retail at $180.

The first Day One Edition product is Echo Frames – Alexa-enabled glasses that let you get more done and be more present. They look like regular prescription glasses (without a prescription, but you can add one), and they’re comfortable, weighing only 31 grams. 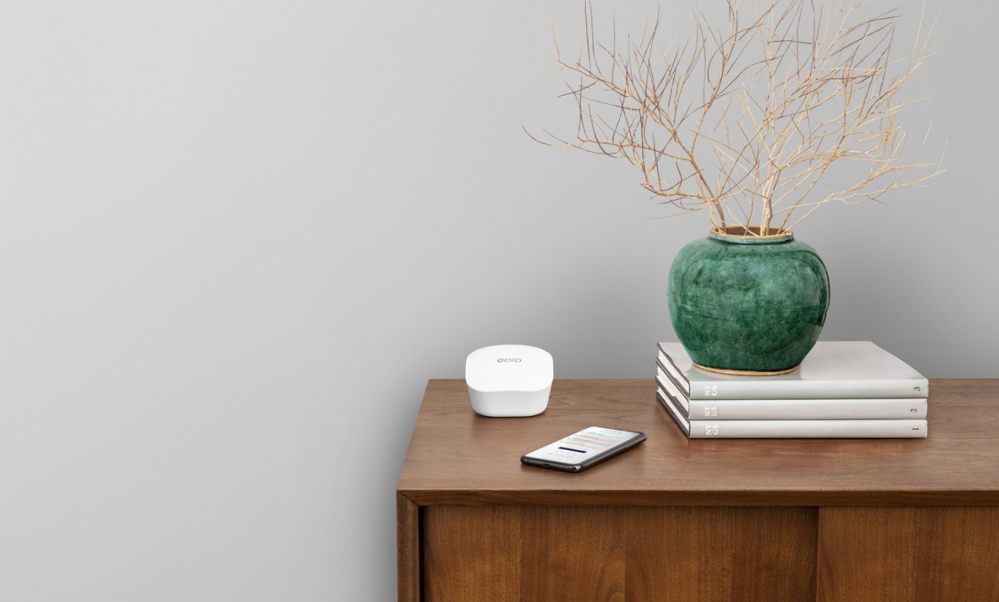 New Eero products shown off for the first time since acquisition

After being acquired at the beginning of the year, eero is now making its first announcement as an Amazon company. The all-new eero mesh router system is available today starting at $99.99 with a three-pack of its 802.11ac system selling for $249. Given that eero originally sold its bundles for $400, this is a significant price drop which makes the already competitive mesh Wi-Fi sector all the more cutthroat. Of course, Alexa integration means that you’ll now be able to control settings and turn on guest Wi-Fi with your voice.

A new batch of Ring products is announced

Amazon started a steady stream of Ring announcements today with the new Ring Retrofit Alarm Kit. It adds Ring into your home’s existing security system starting at $199.99. However, the more significant announcement today is the new Stick Up Cam for $99.99, which offers 1080p video, motion detection, and upgraded night vision. Under $100 makes this a particularly compelling entry into the ring ecosystem.

Also available today is the new Ring Indoor Cam for $59.99. All of today’s latest announcements are a part of Amazon’s new Home Mode offerings, which won’t record when you’re at home if you prefer. Amazon is really pushing the privacy aspects of today’s announcements. 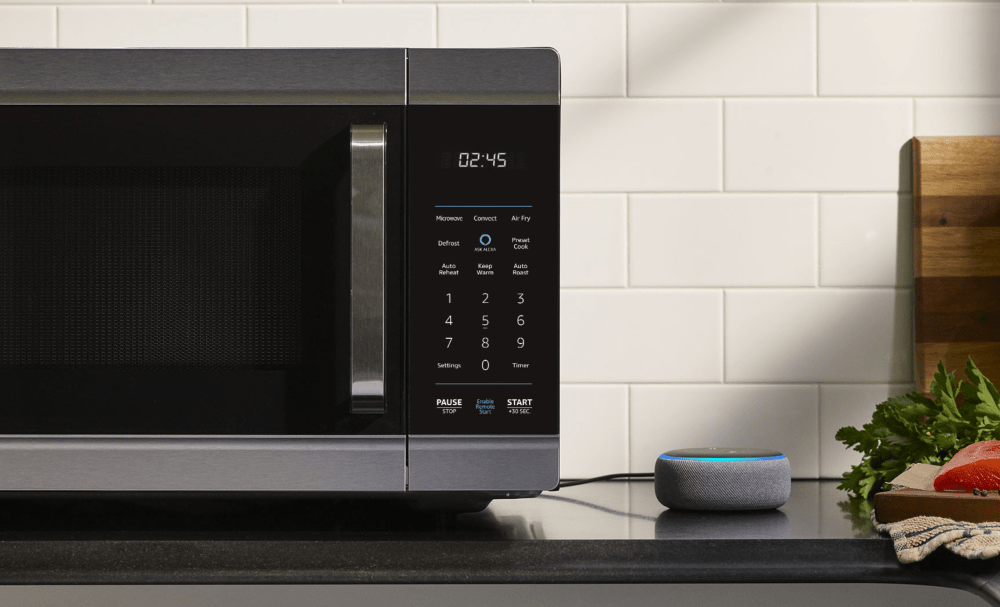 An oven from Amazon? Yes, you read that right…

Amazon first introduced its Alexa-enabled microwave last year. And while it’s a neat gadget, there isn’t exactly anything groundbreaking there. Amazon returns to the kitchen today with its new Smart Oven. At $249.99, it will offer full Alexa integration and ships with an Echo Dot. Includes an interesting feature called “scan to cook,” which will automatically start cooking your food based on what is detected in the microwave. It offers convection cooking, air frying, and food warming as well. 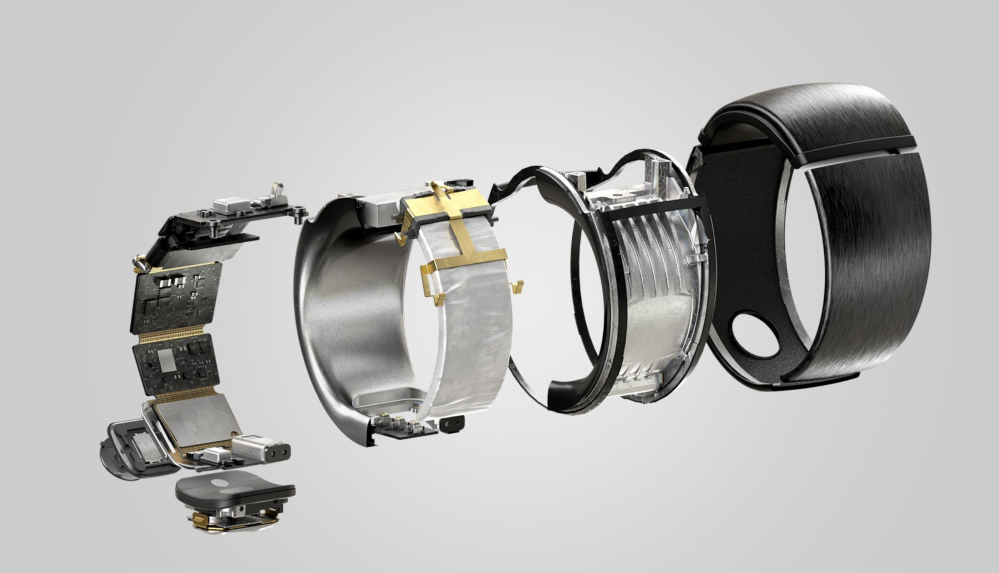 Echo Loop is a ring with Alexa built-in

With two built-in microphones, Echo Loop offers built-in notifications and Alexa right on your finger. The titanium frame houses everything which includes a built-in vibrating motor for haptic feedback. Echo Loop will sell for $129.99 as a beta product with the required invite to purchase. Price will go up once it hits the mainstream.

Original Lead image via The Verge

Pre-order!
You’re reading 9to5Toys — experts digging up all the latest technology and lifestyle deals, day after day. Be sure to check out our homepage for all the latest news, and follow 9to5Toys on Twitter, Facebook, and LinkedIn to stay in the loop. Don’t know where to start? Check out the best Apple deals, our daily podcast, and subscribe to our YouTube channel

Amazon - the best deals on just about anything from Bluetooth speakers and headphones, to kitchen appliances, groceries, pet supplies and literally everything in between

9to5Toys: New tech/lifestyle product news. Up to the minute reporting on the latest technology and lifestyle product introductions, in-depth reviews and notable consumer price fluctuations and tracking across the US retail market on major products. We cover Apple, Google, Amazon, Microsoft, Samsung and other major products and ecosystems.

Trevor Daugherty is the Senior Editor of 9to5Toys. Since joining in 2014, he’s specialized in product reviews, exclusive discounts and 9to5’s New Toy of the Day. Contact him direct at trevor@9to5mac.com.

You have to see these Atari hotels coming in 2020

Nearly all of Apple's official iPhone cases on sale