How to mount your Mac mini under a desk 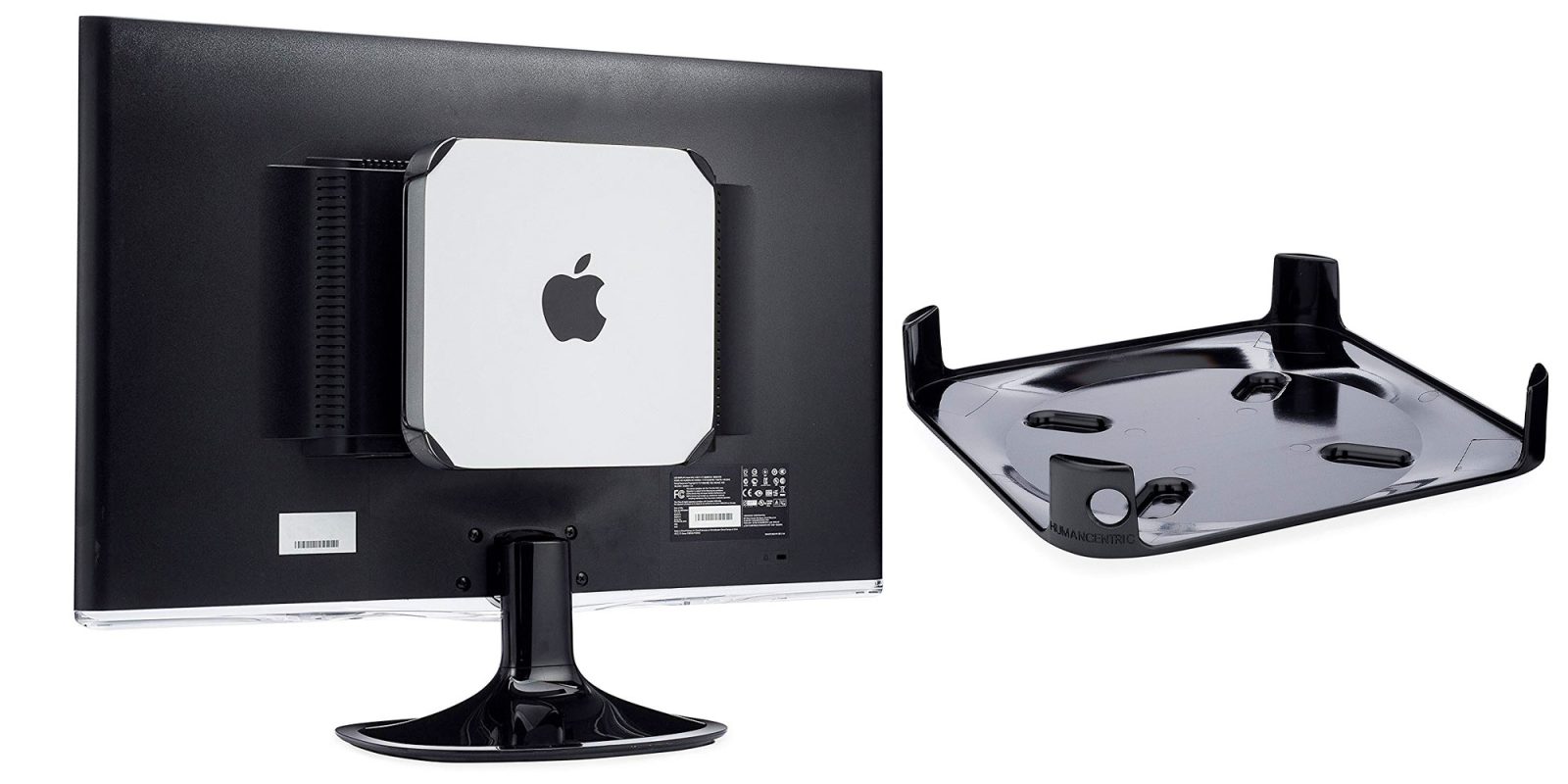 When it comes to a desk set up, keeping it clean isn’t always easy. When I used to use regular computer towers, it was nearly impossible to hide it or even put it on my desk due to its size. When I used a MacBook, it’s kind of had to be on my desk because it’d have to be accessible should I need to move it. Then I went to the Mac mini, and I wanted to find a way to mount it under my desk to further clean up my setup.

How to mount your Mac mini under your desk

Mounting your Mac mini is easier than you think. Though Apple sells a mount directly for $35, I decided to opt for a $15 Prime shipped model on Amazon and it works perfectly. I not only went with the Amazon mount due to price but also security. The Apple mount looks like the Mac mini just slides into it, while the Amazon one actually clips in on all sides, holding the Mac mini quite securely.

The Amazon listing page shows that you can mount it just about anywhere, and the plate is even designed to work with VESA screws to mount it to the back of your monitor, should your monitor not be already mounted.

Mounting the Mac mini is quite easy, really. I went ahead and put the Mac mini into the mount prior to installing it so that way I could see where things would lay out and then decided where to drill the screws. 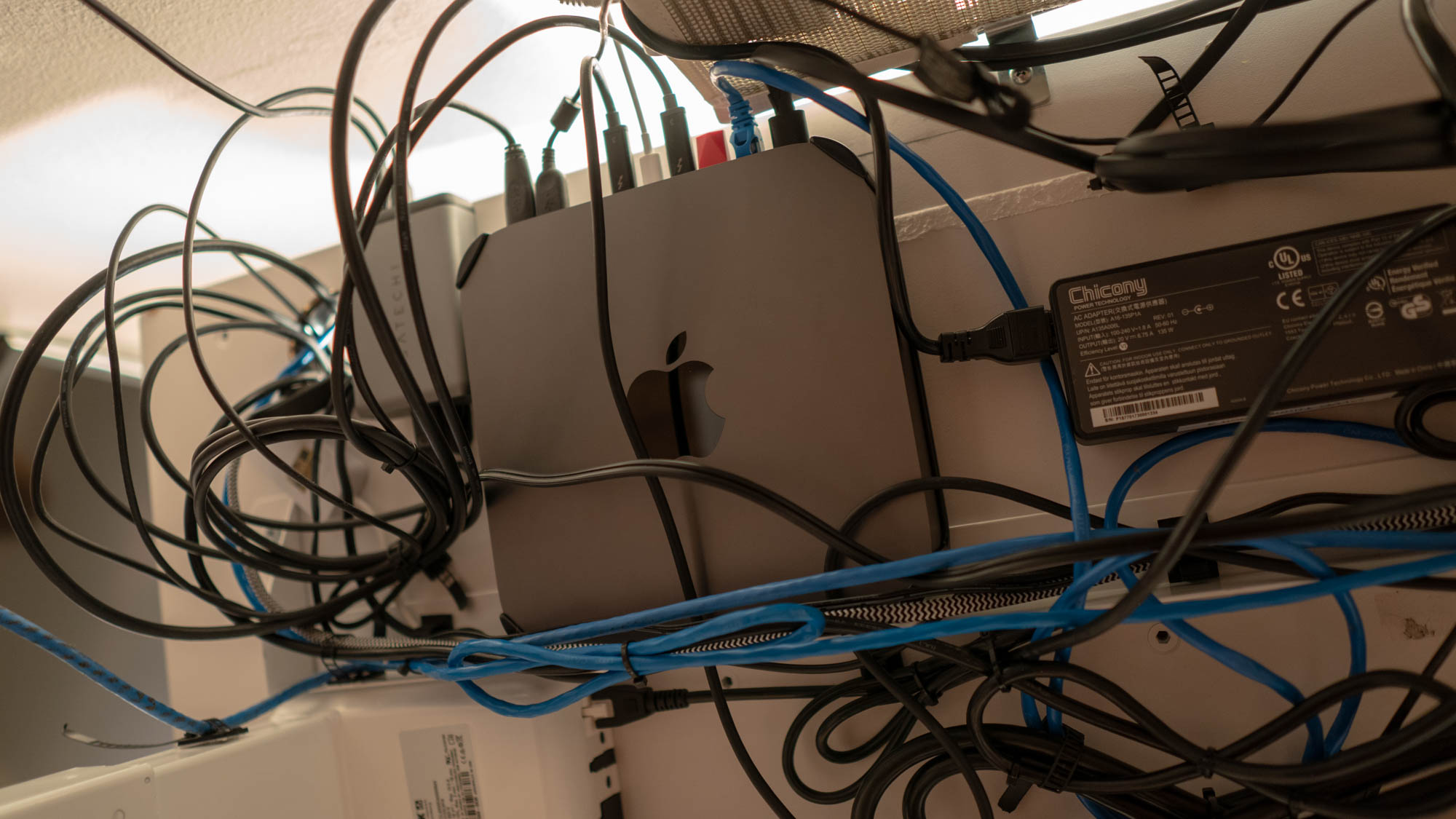 Once I had the layout decided, I took the Mac mini out of the mount and held it back up to the desk so I could draw circles where I’d want the screws to go. Once that was done, I pulled the mount off the desk and pre-drilled the holes just a little, so I wouldn’t have to worry about the desk splitting and the screws would grab easily. After that, I put the mount back to the desk and put the four screws into it.

Now that the mount is secured to your desk, just slip the Mac mini into it, plug your cables in, and begin to route the wires around the desk as I showed in my “how to organize your desk’s cables” guide. The only thing you have to remember is that the Mac mini can only go into the mount one way as the power button has a special cutout so you can easily access it. If you want to flip the Mac mini’s layout under your desk (I did after mounting), you’ll have to unscrew it and re-screw it to the desk.

It’s really that simple. Four screws and a $15 mount can give your desk a near-impossible look, as everyone will wonder where your computer is since it’s no longer on the desk or the ground next to you.

You’re reading 9to5Toys — experts digging up all the latest technology and lifestyle deals, day after day. Be sure to check out our homepage for all the latest news, and follow 9to5Toys on Twitter, Facebook, and LinkedIn to stay in the loop. Don’t know where to start? Check out the best Apple deals, our daily podcast, and subscribe to our YouTube channel

9to5Toys: New tech/lifestyle product news. Up to the minute reporting on the latest technology and lifestyle product introductions, in-depth reviews and notable consumer price fluctuations and tracking across the US retail market on major products. We cover Apple, Google, Amazon, Microsoft, Samsung and other major products and ecosystems.

With a love of phones, drones, and computers (couldn’t make that last one rhyme), I’m always looking for the best deals around! If you’ve got a tip to an awesome deal, go ahead and drop me a line at patrick@9to5mac.com!